When I first heard that I was in Electricity Exploration I was stressed, because I thought it would be boring. I expected the class to be all about talking, researching and just listen to people talk about the boring things that related to electricity. But after I learn about electricity for about a week I start to think that electricity is interesting. Then my teacher said we are going to go on a trip to meet people who know about electricity way better than us. At that time, I only think that the trip is going to be fun because I get to go out after all. After I arrived there, I was so bored but I still focus on what the people say. When we came back from the trip, I reflect myself on the trip and actually realize that I was thoughtless, because all the information I got was unexpected for me. My group planned a lot of trips to go meet people, after about three trips I realize the importance of me learning about electricity. Personally, I think that without electricity we humans would go back to ancient times like living in caves. Because nowadays we have house because we have electricity to power our house and if we don’t have electricity that you can live in the house. It would be too hot or too dark and it dangerous for those families who have little kids in their house. But as I continued to learn more about electricity I also found out that the more electricity we can produce the more it will be wasted. Because we have too much electricity, we started to waste it. To generate electricity for us, our environment was polluted and it will destroy our Earth. So, I think that we should all help save electricity to save the Earth and yourself.

What is human of Cambodia mean? Well, humans of Cambodia is an exploration that join and it is great. In this exploration, we go out to interview people on the street, communities and houses. We are trying to get to know the experience of life from people in Cambodia that we don’t notice much. Their lives are unfortunate than us and they can’t do anything. “If we see people who are unfortunate than us, we should help them”. It doesn’t have to be about money. We can help them our way like us we help them by spreading their story. Below are two performance that we choose to show to people. Those performances are true story about two different family.

For this round, my exploration is about Indigenous Groups in Cambodia. We are trying to create a book about different indigenous groups that are living in the rural area around Cambodia. In the book, we plan to have different categories such as Geography + Population, History, Language and more. One of my friend and I were working on Language, which is one of the hardest categories. Because we have to find the word that could help people to read and pronounce it right.

In order to get the information, we went on two trips. One is to Kampong Speu which we interview the Souy people. There are 5 villages, we went to one of the villages. We interview the Souy representative about Language, Population+Geography and more. The people there are just like Cambodian people, but the older people they communicate with each other using their own language. However, the younger generation mostly speaks Khmer, because when they born they learn Khmer first. At the end of our trip, we also went to have a short visit at hot spring called ទេទឺកពុះ because it is related to Souy folklore.

On our second trip, we went to Ratanakiri. At Ratanakiri, we interview 4 different groups of indigenous people such as Kachok, Tompoun, Jarai and Kreung. Kachok people are very shy and quiet. They don’t really want to communicate with us much at first. The Kachok people live in the edge of the mountain in the forest. It is 65 km from banlung. There are about 10 Kachok representative. Kachok people live as clan family. Tompoun people are very friendly and organized. They live on top of a mountain. The live 10  km far from banlung. The older people there speak their own language with each other, but the younger generations speak half Khmer and half Tompoun. They make their own product to sell and earn money. They work as a group to the product. Jarai lives about 50 km from banlung. They are friendly but kind of shy. They have a belief that girl should do all of the works. They are always busy working from morning to evening. They like to gather around and speak with each other using their own language. Even the younger generation also speak Jarai with each other. Kreung representatives are shy and quiet. The older people are having trouble understanding Khmer and they only know a little bit of Khmer. They always communicate with each other using their own language. The younger generation speaks more Khmer. Then, we went to Khmer Ler. The workers there are mostly from different indigenous groups such as Jarai, Tompoun, Kreung and more. This is all from our trips. 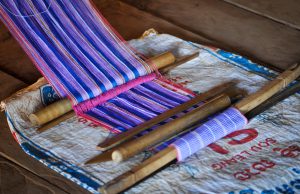 Hello, Welcome to my blog. My name is Sonita but my friends called me Nita. I am 13 years old. This is my third year learning at Liger. For the past two years I have a lot of experiences with writing book, marketing, creating my own product and more. On my free time I usually play with my friend, watch TV sometime and reading books. I like it better when I work alone. I am the kind of student who like to listen to music while work, because the song lyric turn into ideas and words that relate to what I am working on.